How Your Stack Changes

Supporting these requirements does not necessarily require new technology, although there are limitations to using status quo technology. 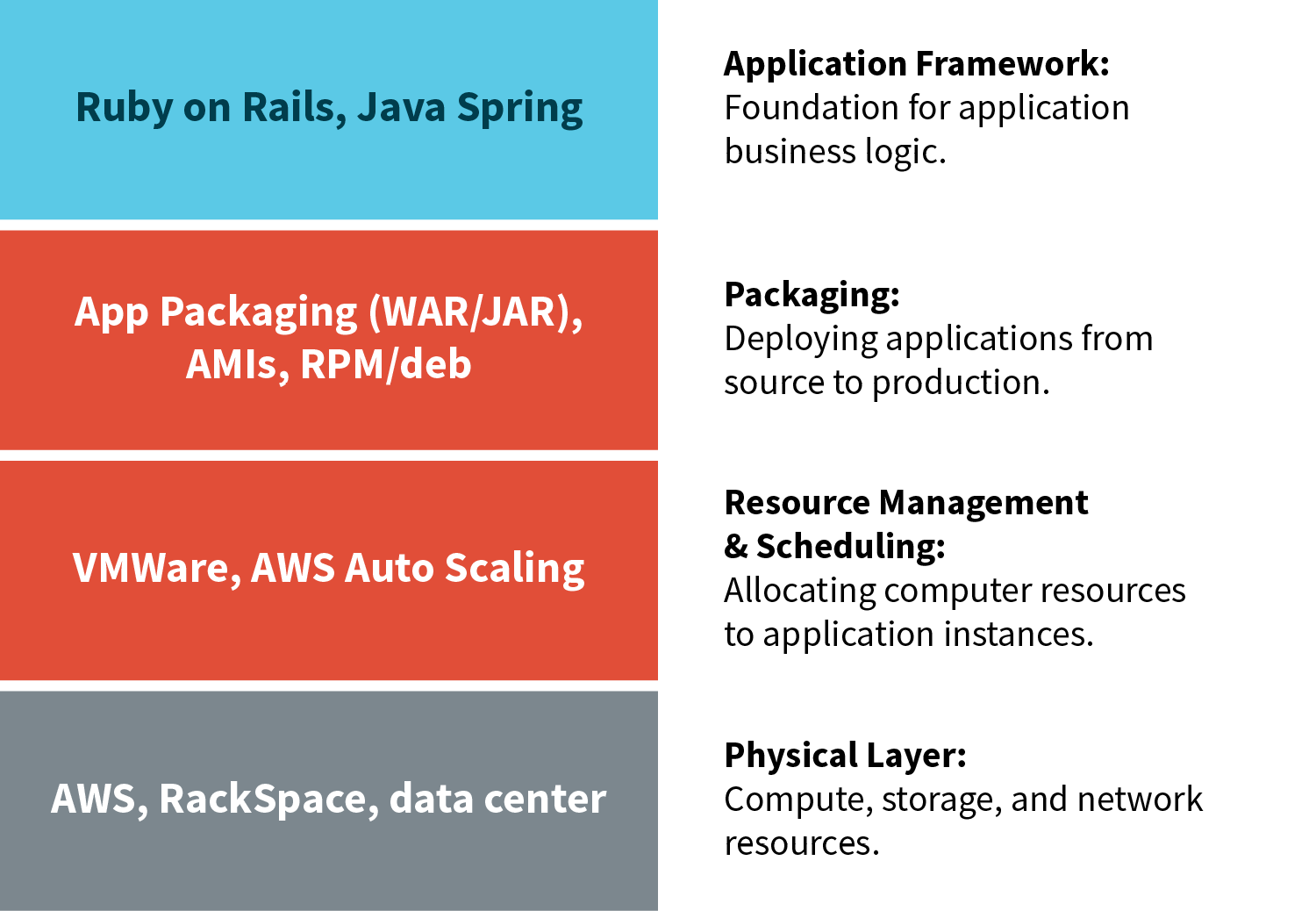 Business logic is written in an application framework, packaged, and then deployed on virtual or physical machines. 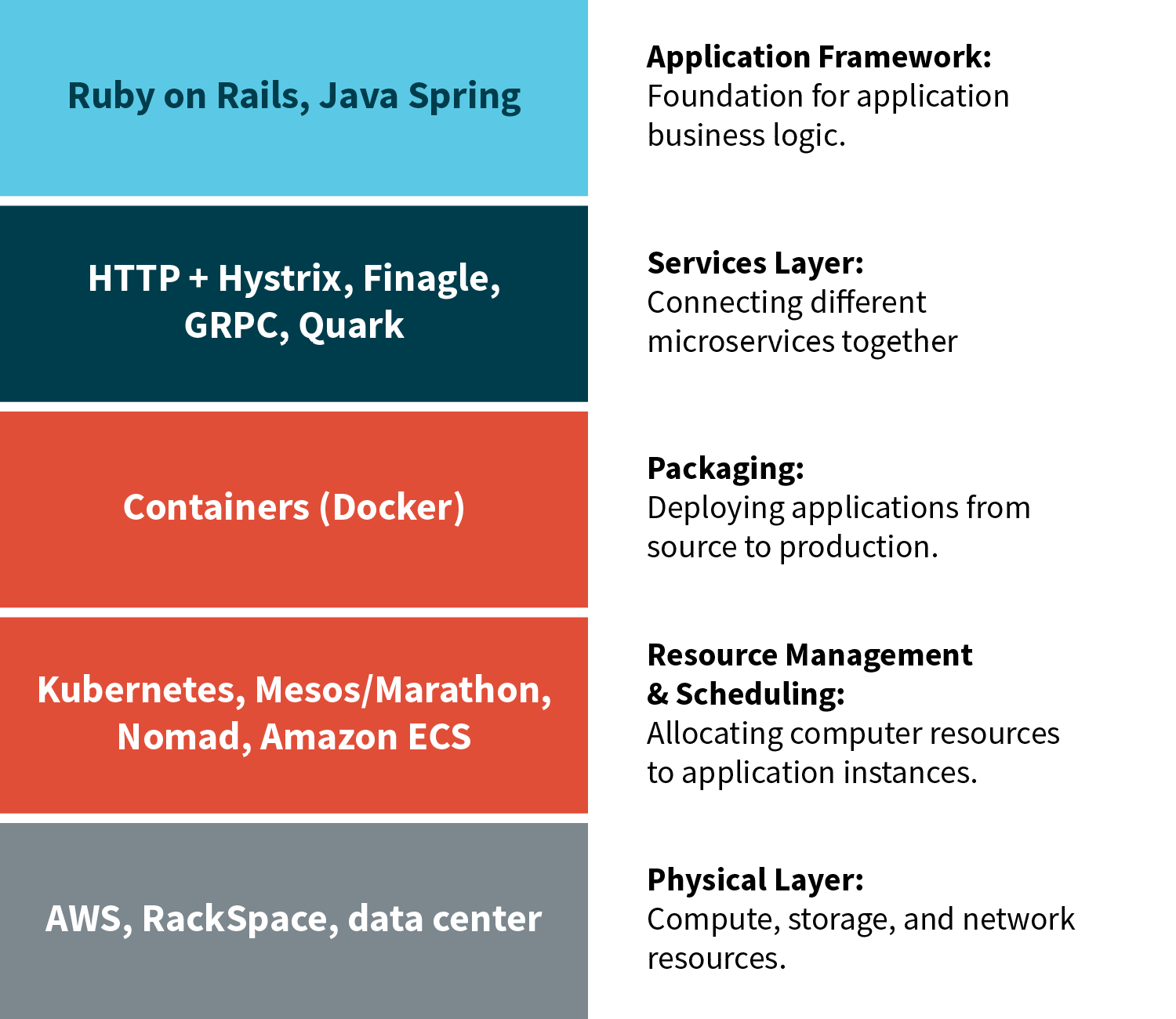 Besides the addition of a services layer, a more agile deployment infrastructure is needed to enable rapid deployment. Containers, which provide a lightweight mechanism to fully package a microservice and all its dependencies, are frequently used to package microservices. Unlike VMs, containers share a kernel with other containers, enabling a container to be much lighter weight. And unlike systems packaging technologies, a container is designed to include all the dependencies of a given microservice. A container-based resource manager and scheduling system allocates compute resources on demand to containers, replacing a traditional VM-centric resource scheduler. 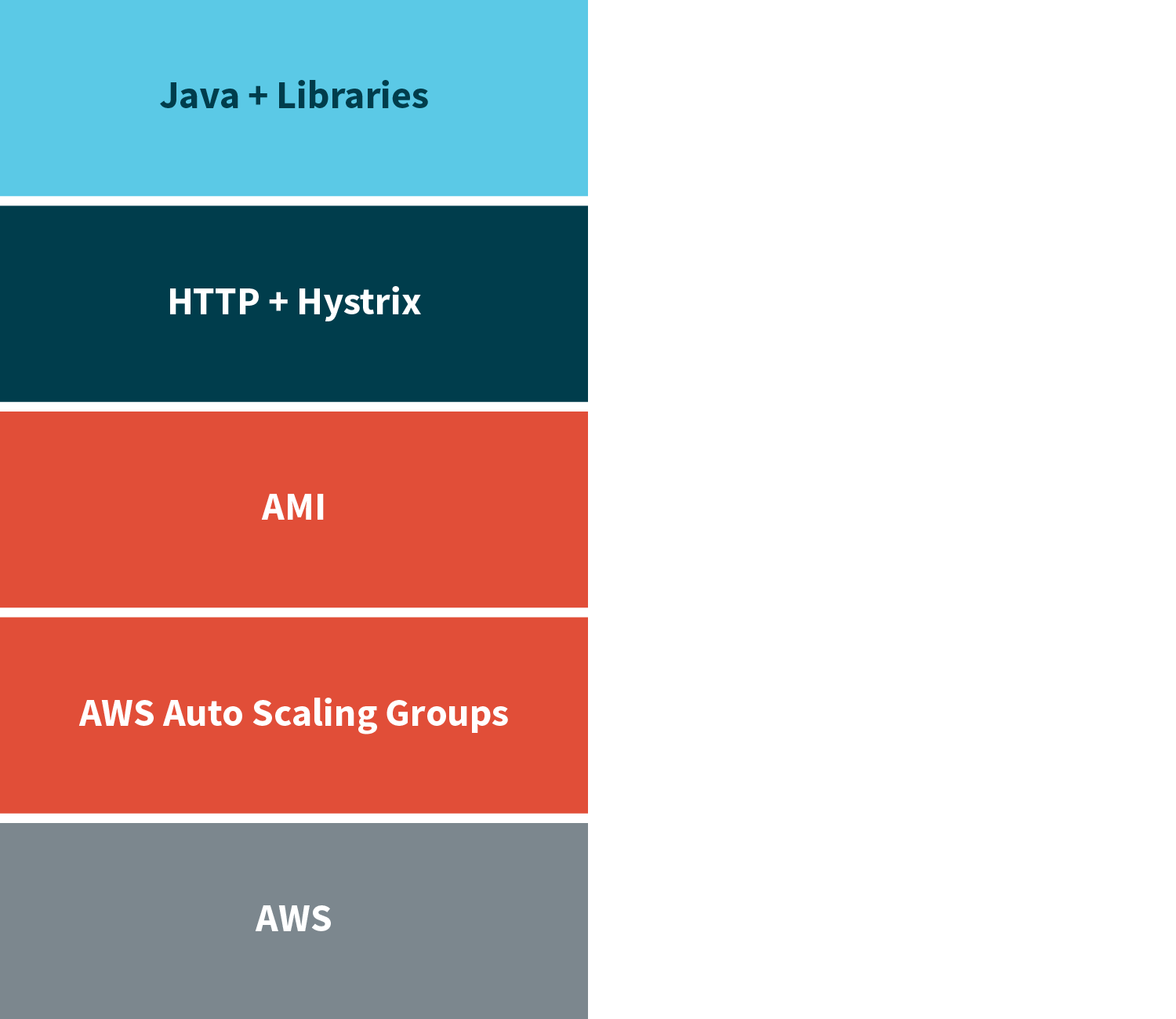 Netflix is deployed on Amazon Web Services. Netflix used a deployment infrastructure common to AWS deployments: AWS Auto Scaling Groups for resource management, with individual microservices packaged into AMIs. Netflix then uses a homegrown set of technologies for the service layer, including Eureka and Hystrix.

In the next few chapters, we’ll take a look at some examples that illustrate where you might want to start when adopting a microservices architecture.